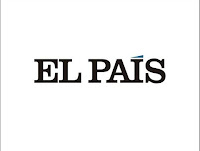 Spain’s High Court hands down prison sentences of up to 53 years to members of a terrorist cell for collaborating in the assault, but finds them not guilty of homicide

A Spanish court has sentenced three men to prison for participating in the terrorist attacks of Barcelona and Cambrils that left 16 people dead and 140 injured in August 2017. It was the second most lethal jihadist strike in Spain after the train bombings of March 11, 2004.

Spain’s High Court, the Audiencia Nacional, handed down a sentence of 53 and a half years to Mohammed Houli and 46 years to Driss Oukabir for terrorist activities, including making and storing explosives. A third defendant, Said Ben Iazza, received an eight-year sentence for collaborating with the terrorist cell, which was based in the Catalan city of Ripoll.

None of the convicted terrorists participated directly in the attacks; the police shot dead both the van driver who mowed down pedestrians in Barcelona’s La Rambla avenue on August 17 and the five attackers who wielded knives and axes in the seaside town of Cambrils a few hours later.

The court’s decision upheld the public prosecution’s view that neither one of the defendants should be convicted  of homicide, in contrast with the position held by the private prosecution, representing victims’ relatives and Catalan police force unions.

But the court handed down longer sentences than those sought by the public prosecution because it considered that Oukabir and Houli were also guilty of 29 counts of reckless behavior in connection with an explosion that took place the day before the attacks at a house in Alcanar (in Tarragona province) where cell members had been handling explosives.

A little before midnight, there was a tremendous blast in the house. The building was destroyed, killing the alleged leader of the cell, an imam named Abdelbaki Es Satty who lived in Ripoll. Numerous butane gas canisters were found among the rubble.

Houli was wounded and taken to the hospital. He later told the Catalan police that a group of young siblings and friends from Ripoll had been planning to perpetrate a large bomb attack in Barcelona. This plan, according to Houli, involved attacking the Sagrada Familia basilica and other landmark monuments in the Catalan capital.

But the accidental explosion at the Alcanar hideout changed their plans. Instead, the next day Younes Abouyaqooub rammed a rental van into dozens of pedestrians on the popular Rambla thoroughfare, while five other surviving members of the cell killed more people later that night in the seaside town of Cambrils. These cell members were shot down by members of the Mossos d’Esquadra police force.

The conviction was handed down three months after the last hearing, where Houli said he was dragged into the plot by other cell members. Oukabir insisted on his innocence and said that a bad life of alcohol, drugs and women had kept him away from Islam and from jihadist cells.